Making Sure Your Pets Are Healthy

If you share your home with a pet that has a pushed in facial appearance, such as a pug, it is important to familiarize yourself with brachycephalic airway syndrome and the potential health problems to which these pets are at greater risk.

Brachycephalic airway syndrome refers to a pet's decreased ability to breathe normally due to their brachycephalic structure. The compressed facial bones can result in any of these anatomical abnormalities:

Any one of these abnormalities can make the instinctual task of breathing a challenge. Normal respiration is essential in taking in oxygen and expelling carbon dioxide, and it also plays a role in regulating body temperature.

Mildly afflicted pets exhibit noisy breathing sounds, including snorting, during periods of exercise or excitement. They tend to snore when asleep. Generally, the more airway abnormalities the pet has, the more severe the symptoms are. Signs to watch for include:

Over time, extra efforts made by the pet to breathe can lead to the development of secondary abnormalities of other structures in the throat, and the heart may be affected by the added strain.

There are three crucial points to keep in mind when caring for brachycephalic pets.

In addition to respiratory problems, the facial structure of brachycephalic pets predisposes them to other issues to which owners must be cognizant. Some of these problems include:

With extra diligence and care to keep your brachycephalic pet in ideal health, your furry friend's lifespan will not be cut short as a result of his or her facial physique. 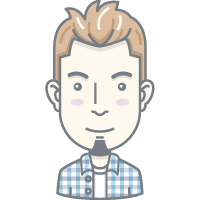 Anyone can take care of a healthy pet, but how do you know if your pet is struggling with a disease? If your animal is struggling with cancer or another serious medical condition, you might not realize that they have a problem until it is too late. Instead, you might wonder why they mope around the house or struggle to eat, instead of getting them the help that they need. I want you to know whether or not your pets are healthy, which is why I think this blog is important. Check out these posts to learn more about pet health, so that you can protect your little loved ones.